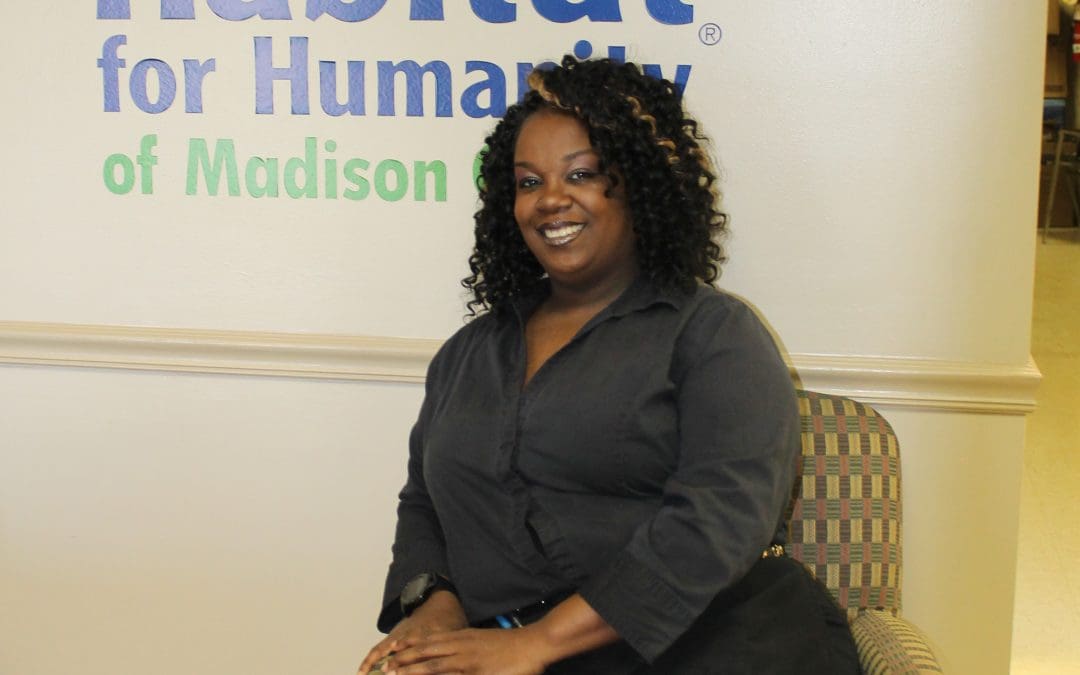 LaShondra Sheppard is an amazing, single mother of three equally amazing children. Four years ago, when she moved back to Huntsville, AL from Atlanta, GA, she moved in a rental house with her mother. She was able to go back to the job she’d worked previously and she also obtained a second job, working with persons with special needs at the Arc of Madison.  LaShondra surprisingly loved this job and she’s met a lot of great people.

She met her co-worker LaQuasha McDavis, who was not only a Habitat homeowner, but turned out to be a great friend. She shared Habitat’s mission with LaShondra and expressed through our homeowner program, LaShondra too could have a home of her own.

“I missed the first sign up, but I was up bright an early for the very next one.”

LaShondra described the wait for approval as, “terrifying,” but she finally received the call and she was thrilled. Although she was happy, she had no idea the work that was awaiting her. She had quite a few things occurring in her life, including applying for a new job. It was so important that LaShondra and her girls had the stability that comes with having a place to call their own and Habitat accepted them with open arms.

“Not only did I get approved to have my own home, but I have learned so much from the classes and my credit score is higher than I’ve ever seen it. I would definitely recommend this program to a friend. After all, a friend recommended it to me!”

It’s almost two years later and LaShondra is just a few months away from being a home owner!

Help us build more dreams with a donation to our home building efforts.  Your tax-deductible donation will help many families in need of housing, have an opportunity to have a safe and decent home.  Click here to donate. Habitat for Humanity of Madison County is an ecumenical, grassroots Christian housing ministry that seeks to eliminate poverty housing from our community, and make a decent shelter a matter of conscience and action.  Since 1987, 280 families in Huntsville and Madison County have been served by Habitat for Humanity and our community through new construction, rehabs, and repairs.